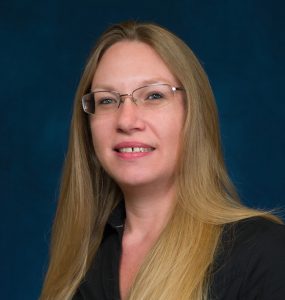 Brook Thurston, in our Walnut Creek office, has been helping a client obtain a Conservatorship for her mother. When the mother had begun showing signs of dementia five years before, she had moved in with our client. In the early stages, the disease had been manageable. While our client had a demanding job, she was able to adjust her schedule, working more frequently from her home office, which allowed her to keep an eye on her mother.

The disease progressed from dementia to advanced Alzheimer’s

But the dementia became Alzheimer’s, and it’s a heartbreakingly progressive disease. The mother had reached the point where she could no longer engage in conversation and had to be constantly watched. Our client would find her mother eating banana peels, drinking detergent, trying to dress herself, but getting confused and wearing a sweater as pants. To complicate things, the mother had recently fallen, broken her hip and was now in the hospital. Her mother’s condition had reached the point where she required 24/7 care, and our client could no longer care for her mother alone.

Her mother had never created a Living Trust with a Power of Attorney or Advanced Healthcare Directive. When our client finally intervened to take charge of her mother’s care, it was too late to get the Power of Attorney that would provide access to her mother’s assets to pay for the costs of the more comprehensive care she now required.

Our client was applying for a Conservatorship for her mother. This legal status would allow her to make decisions about her mother’s care. As Conservator, she would also have access to her mother’s assets that would help pay for her care.

Brook filed the necessary papers with the court, petitioning for the Conservatorship. The court assigned an investigator to the case to confirm that there weren’t any signs of elder abuse or other illegal schemes to gain access to an aging woman’s finances. The court also scheduled a Conservator hearing to review the case.

Access to her mother’s assets, allowing her to pay for more comprehensive care

As her mother’s Conservator, our client now has access to her mother’s assets, which will help pay for her care. She is now legally responsible for making decisions about where her mother will live and the kind of care she will receive. She must keep financial records and submit regular reports to the court.

Responsibilities of a Conservator:

In this situation, much of the anxiety and a lot of trouble could have been avoided if our client’s mother had created a Living Trust when she was still mentally alert, giving her daughter Power of Attorney and naming her the agent for her Advance Healthcare Directive. Instead, her daughter struggled with the economics of her mother’s care until the court eventually appointed her as her mother’s Conservator.

Still putting off your Living Trust?

Our Trust package includes a Power of Attorney and Advanced Healthcare Directive. Most of our clients tell us they’re surprised at just how easy it was. Make an appointment today to get started on your Trust. Helpful. Compassionate. Affordable