Case Study: Creating a Power of Attorney Before You Need It

23 Aug Case Study: Creating a Power of Attorney Before You Need It

Posted at 08:23h in Blog, Wills And Revocable Living Trusts by janet

Sam and Melissa had always relied on their mother’s strength, energy and selflessness. Happily, she enjoyed good health and her 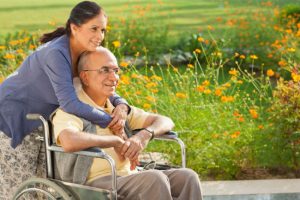 many interests for most of her life. Their mother grew up during the depression, and the siblings has always believed that experience made her and her generation more resilient. Their mother had put herself through college and enjoyed a long career teaching English in their local high school. She and their stepfather retired when they were still in their 50s, moved to Florida and loved waking up to morning sunshine, a relaxed lifestyle and friendly neighbors. Their stepfather began doing estate sales and his little business flourished.

They were as busy as they wanted to be

They did a lot of traveling, looking forward to summers in New England to escape Florida’s heat and humidity. They saw much of Europe together and made many wonderful friends along the way. They knew they were lucky to remain active and healthy. As the years went by, they slowed down a bit, their aches and pains increased, their hearing and eyesight worsened, but they continued to enjoy an enviable quality of life. When their large lakefront home became too much to care for, they sold it and moved to a lovely retirement community. Their mother was in heaven—she made new friends, joined the social committee and played bridge frequently.

But even for the healthiest of seniors, there may come a time when they are no longer able to care for themselves. When their stepfather had a stroke and their mother was too weak to help him, it was clear that time had come. Fortunately, Sam lived close by, so he stepped up and took charge of their care for the last year of their lives.

Power of Attorney to act on their behalf

Their stepfather’s stroke was the seminal event that irrevocably changed this family’s life. The most immediate issue was getting Power of Attorney, giving Sam the authority to act on his parents’ behalf in a number of financial situations. There were now serious healthcare issues, so it meant helping move their folks into an assisted-care facility, and long, tedious calls with Social Security and Medicare. It meant reviewing and signing contracts on behalf of their parents and paying their bills.

Their stepfather’s bookkeeping system was nonexistent

Opening his stepfather’s desk, Sam found years’ worth of bank statements and other financial documents crammed into its drawers. Neither parent was able to provide much help, but Sam did find the name of their CPA, a recent tax return, the name of their local bank and a signed Living Trust. He met with the CPA and was able to piece together their financial history. He also realized that, while his folks had been proactive about getting a Living Trust nearly 20 years before, it had not been updated since that time, and his stepfather had made some very good investments and purchased property during that period. These assets had, of course, never been moved into the Trust. The attorney who had drawn up the Trust was still practicing, so Sam also met with him to begin the process of updating the Living Trust.

Sam and Melissa’s parents also signed an Advanced Healthcare Directive that authorized Sam to make decisions about their care. While in failing health, Sam and Melissa’s parents were still alert and able to sign these legal documents that enabled their son to act on their behalf. Sam was able to update their Living Trust and orchestrate their move to assisted care. When their conditions worsened, it was Sam who signed the forms authorizing hospice care for both his mother and stepfather, as per their wishes on their Advanced Healthcare Directive.

Sam took care of all communications with the assisted care facility, arranged for the cremation of both parents and the distribution of their remains. When someone dies, their bills don’t necessarily die with them. In this case, bills continued to trickle in for medical and miscellaneous expenses, which Sam paid out of the estate. He eventually settled and distributed the estate among himself, Melissa and their stepfather’s two daughters, but it took nearly a year.

Sam and Melissa’s folks lived long, healthy lives. Their mother was 94 when she died, their stepfather 89. The stepfather’s stroke forced these siblings to deal with the eventuality of their deaths, creating and updating the end-of-life documents that would smooth the process legally, if not emotionally.

Fortunately for this family, while the parents were in declining health, they were still coherent and able to sign the necessary legal documents that enabled their son to act on their behalf. If the stepfather’s stroke had been debilitating and his mother had not been lucid, it would not have been possible to create and legitimatize these documents authorizing their children to take charge of their care. Creating end-of-life documents when you’re still mentally alert and healthy is absolutely the right time to do this.